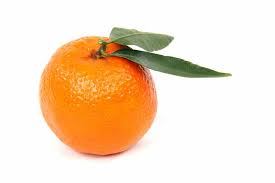 Some farmer fooling around in the barn.

“Hmm, what would happen if I stuck this branch on this tree?”

When it took, the goat Clementine wandered in and she—farmers can be she’s you know—said, “Hey Clementine, look, I think this is gonna work.” When it did, she named the little orbs after that goat who was the only creature who didn’t abandon her in all of her crazy years of grafting and late night wizardry. Everyone else did. Until she became a gazillionaire and then they all came running. Yeah, that old story. She didn’t know what to do with all that attention. It was discomforting. She told all the people (family, let’s face it, people claim bloodlines when there is money involved) how she was feeling. That made them uncomfortable. SO uncomfortable they called her names and gossiped about how she was crazy and selfish and money deranged. Yup that’s the next plot line isn’t it? Putting away the crazy rich aunt. But it didn’t happen. Why? Because the judge, the one who could have signed the order, he (yes, it was guy judge.) loved goats. He knew that Clementine came from a family of goats on his farm and that family was solid. No goat from that family would ever put their trust in a crazy human.

(Ten minutes. The prompt was ‘orange.’)